With authorisation from Educational Solutions Worldwide Inc., we have revised Gattegno's Silent Way charts for American English and brought out a British English edition.

The new Rectangle charts and new Fidels (Spelling charts) are the same as those in the corresponding British and American English PronSci sets. They were designed specifically for foreign language learners.

The new Word charts follow Gattegno's gradual unfolding of the language for beginners. The choice of words and the order in which they appear are basically the same as in the originals, but we have improved the layout and made some modifications to the content based on input from experienced Silent Way teachers around the world.

One major change has been the addition of dots, as seen above, underneath those words which have strong and weak forms. The colour of the dot shows the weak pronunciation.

There are now 15 Word charts in each set, shown below, as well as the new Rectangle charts and Fidels. Charts 13-15 are the same as in the PronSci set.

The Silent Way sets are available in the same sizes as the PronSci sets and at the same prices.

Which charts do I need for my students?

Gattegno’s original Silent Way charts were designed in the early 1960’s for use in schools with beginning students. They are the best materials for use with people who have not studied the language at all.

All other students bring some knowledge of English to their classes. They and their teachers need to find words easily, and the PronSci charts make this much more straightforward.

Here is the entry in the Routledge Encyclopedia of Language Teaching and Learning (2000) about the Silent Way:

Here is a recent summary of some of the principles behind the approach:

And here is a classic article from the 1980's, 'The Push Toward Communication', demonstrating why the Communicative Approach can leave learners unable to move beyond B1 competence in a second language (CEFR scale) to a higher level of proficiency. Higgs and Clifford introduce the idea of 'Terminal 2s' in this article, to describe students left in this predicament, with so many fossilized errors that their progression has 'terminated'.

In our view, the Silent Way fits their description of an approach which allows students to reach the highest levels of competence in a language:

The Silent Way sets are available in the same sizes as the PronSci sets and at the same prices.

Don Cherry assisted in the design of the American English charts.

Note that Cuisenaire rods and Gattegno's wall pictures for the Silent Way can be purchased through The Cuisenaire Company. 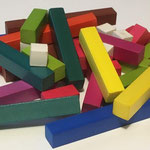 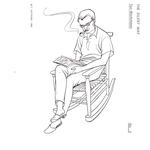 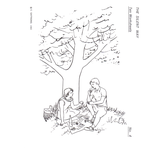 There is a full listing of Gattegno's books, including those he wrote about the Silent Way, on Educational Solutions Worldwide's website. The books can also be purchased on Amazon.